the best hiter in the world 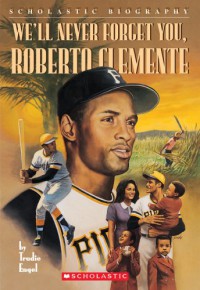 My story is about about Roberto Clemente he was the best hitter on his team. the life and accomplishments of baseball star Roberto Clemente, from his youth in Puerto Rico, through his record-breaking career in Pittsburgh, to his tragic death during a mission of mercy. When Roberto was a young  boy he have to the farm and work with he father in the near the road and one day Roberto ask his  father can he buy he a bicycle but he father said no he have to work for it so roberto start   working and he work a year to get a bicycle. When he was growing up in puerto rico  roberto family didn't have money buy baseball or eat.

In the spring of 1952 when roberto was eighteen year old  he signed contract to play and the will pay he 40 a week and he start playing then when other team now that he was a best hitter so other team start ask roberto join the team in he when to join the dodgers and some upsetting new . the milwaukee braves , another  major  league want roberto to play for them .the said they would give him $30,000 bonus.

When roberto play for his first major league game in a doubleheader against the dodgers. he got the pirates first  hit and scored and he first person on he team to hit so hard.one day roberto want to sart help that are so